September 2018. A final summary of nine and a half years of living on our narrowboat, The Puzzler.

We moved to live on our narrowboat, The Puzzler, in April 2009, having sold our jigsaw and toy manufacturing business. We spent the first two years cruising around England, with two very cold winters on the Peak Forest canal, but in very good company.

In April 2011, The Puzzler was transported to Ireland, with several boating friends suggesting that we keep an online blog about our experiences, so that they could decide whether or not to go too! As a result, this record of our travels began. In Ireland, we overwintered in Enniskillen in Northern Ireland, and during the summers, cruised practically all of the rivers and canals in both parts of this beautiful Emerald Isle. This map shows where we went, during our three years in Ireland. 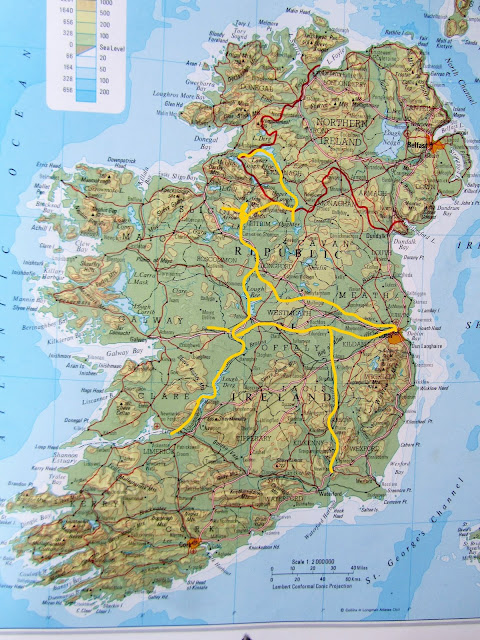 Moving on in April 2014, The Puzzler had a long road journey across Ireland to Dublin, then across the Irish Sea to Holyhead by ferry. Having crossed North Wales and England by road, it was on to the ferry again, to get to Holland, on the other side of the North Sea. We rejoined her at Warmond, near to Leiden, and set off to explore The Netherlands. Again the map shows where we went in the next year, with our winter mooring being at Schagen, in North Holland. As there are so many small waterways in The Netherlands, I could not show them all, but have instead marked places which we reached with The Puzzler. Once more it was April, in 2015, when we left Schagen to head south towards France. We took the short route across the east of Belgium, via Maastricht, and entered France on 2nd June. This next map shows all of our travels in this wonderful country. There are no small cruising circuits in France, and all the waterways are huge, by British standards. We cruised practically all of these routes shown at least twice, and in some cases, more than that! We learned to keep out of the way of barges of up to 3000 tons and quite enjoyed their company on our travels. 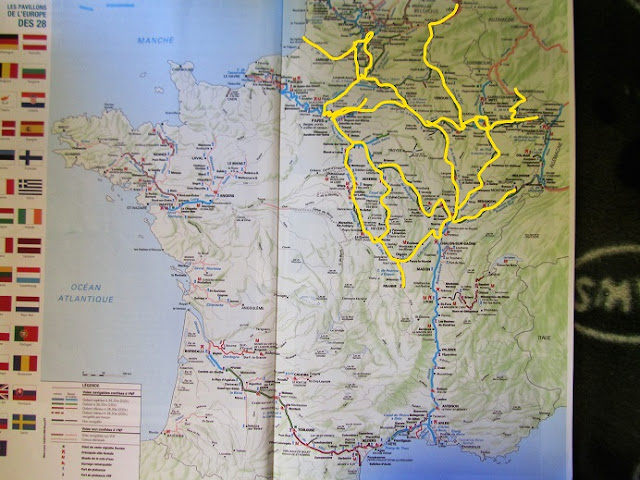 The final map is of Belgium,with both our preliminary passage in 2015, from The Netherlands through into France, and our final journey in August 2018 to Nieuwpoort, on the coast of Flanders. 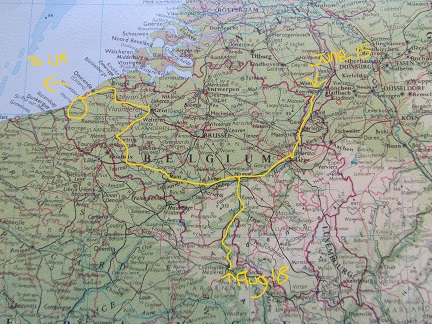 Here is a cruising summary for the ten years we have lived on The Puzzler. Although we used kilometres on the continent, I have converted them to miles, for a better comparison of distance travelled.

So soon we will be back to living on dry land. The strangest thing we find about being in a house is that it does not move!

Many thanks for reading our blog and all the best for the future.
Posted by Andy and Sally at 02:44