4th January - 17th Feb 2014. Ali Harron at the Round "O", then a visit for Sally to Norfolk and Cheltenham. High water in Enniskillen.

Our camera stopped working at New Year, and spent over a month in camera hospital, but is now back in action. January was taken up with some bridge and lots of bowls. We had a lot of rain, but little snow. 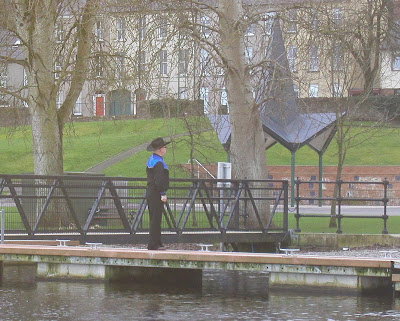 Ali Harron, a local Country and Western star, was taping a music video at the Round "O", and filmed part of it beside and inside The Puzzler. Shannon felt it was time for her to be a film star, so, for a treat, was happy to stand and enjoy the music! 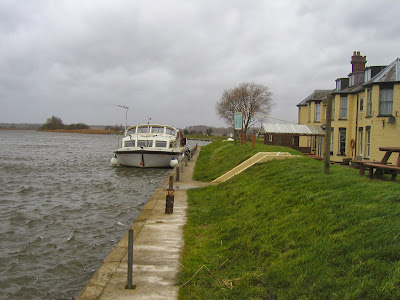 Sally went over to Norfolk in early February. This Broads cruiser is on the River Yare and, when walking along the river bank on the flood bank, seen to the right of the cruiser here, we had to be careful not to be blown over by the wind! 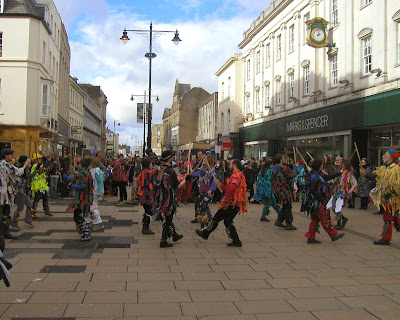 After Norfolk, it was across England to Cheltenham, where the Morris Dancers in town kept us entertained. 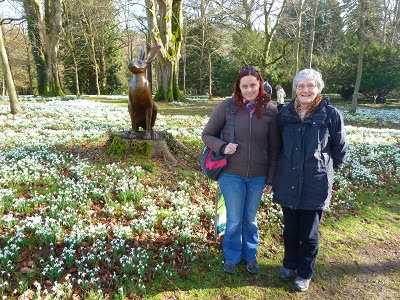 Next day I went with Debbie to see the snowdrops at Colesbourne Park. We are told that there are over 200 different species of snowdrop in the park. 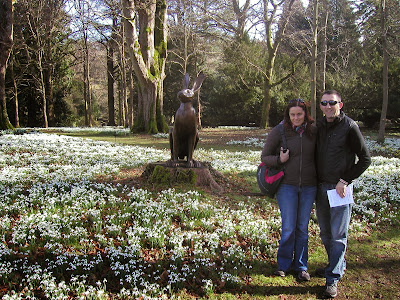 Matt came too, but where is Toad? 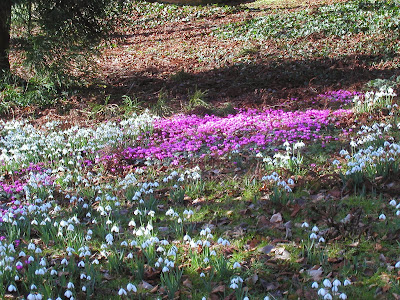 There were wonderful clumps of cyclamen among the snowdrops. 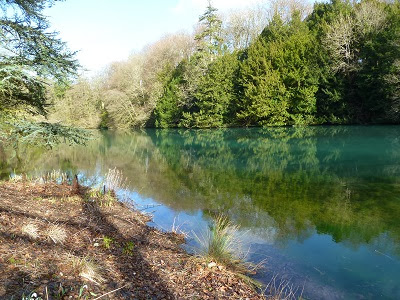 The lake in the park has been created by damming the river, and creates splendid colours and reflections. 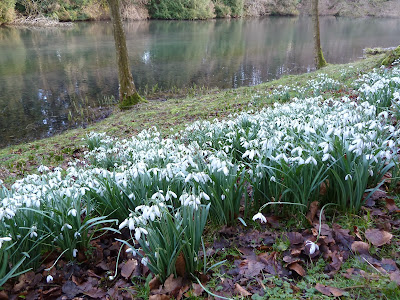 The snowdrops are spread all through the woodland and down to the lake. Each clump of snowdrops is labelled - we saw 55 different species or sub-species of snowdrop. We used to think that snowdrops were either single or double! 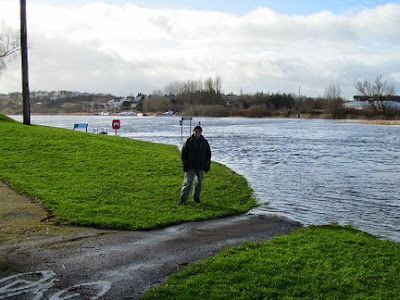 Meanwhile in Enniskillen the River Erne keeps on rising! The walk through the park at Broadmeadow normally continues on along the river bank behind Andy. 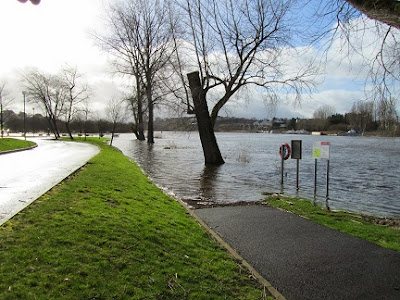 Further on the path disappears again, as the road curves round behind the Forum. 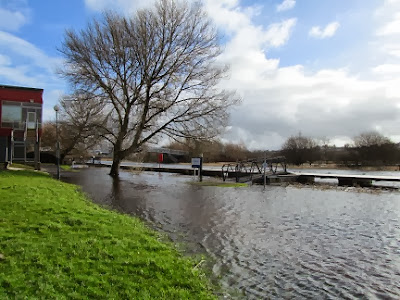 This jetty beyond the Forum is not currently accessible by land! 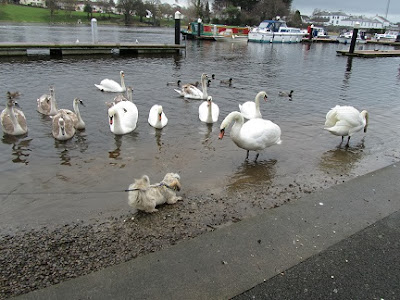 At the Round O, Shannon delights in playing with the swans. She has no fear of them, and they do not know what to make of her!
Posted by Andy and Sally at 11:13 No comments: