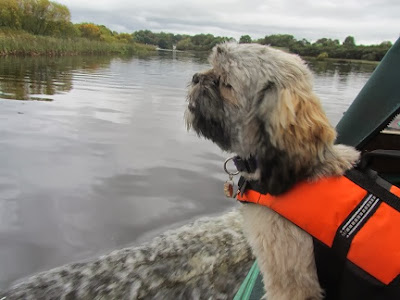 Shannon loves to stand and look out while we are sailing. There are so many interesting smells! 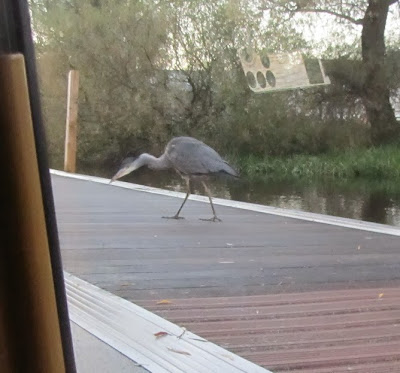 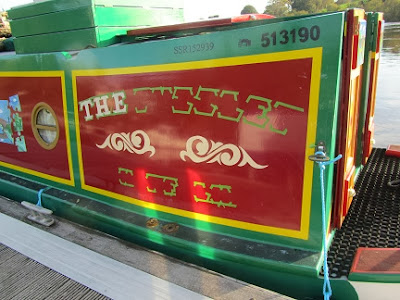 Having painted the scrolls first, I  then started the signwriting with the THE but had to abandon due to rain. At the second attempt, I used the tracing of the previous letters to speed up the masking, using frog tape for all the straight lines. 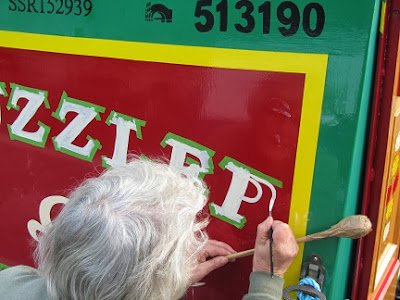 It needs a steady hand for this, with our homemade marl stick to help. 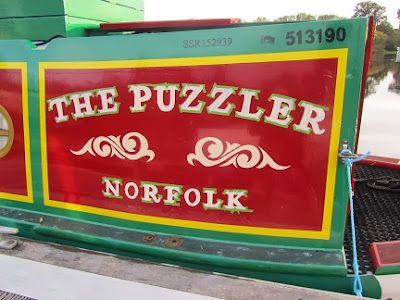 The first coat of ivory on the letters and scrolls is complete, and masking will be removed before painting the next two coats. The signwriting must never be perfect, or else it might look as though the letters were stick-on plastic ones. 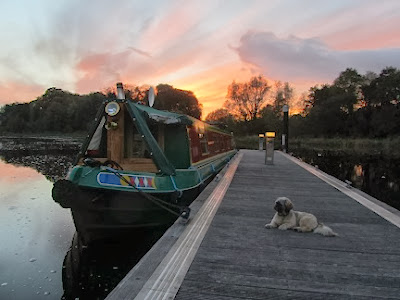 A tranquil sunset at the Ardhowen Theatre mooring. 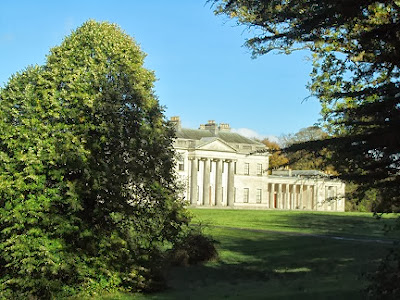 Even though it is now early November, the trees are hardly changing colour at Castle Coole at all. The weather has been so mild. 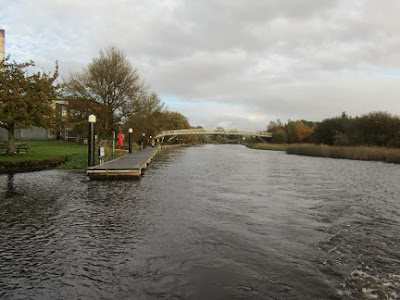 There are fewer craft about now but it is not often that both Broadmeadow and the Regal Pass moorings are devoid of boats. 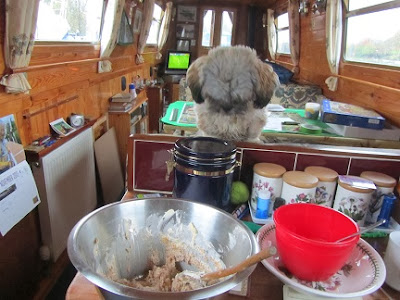 Shannon has found a new place from which to watch the cooking. She is a great helper in the galley. 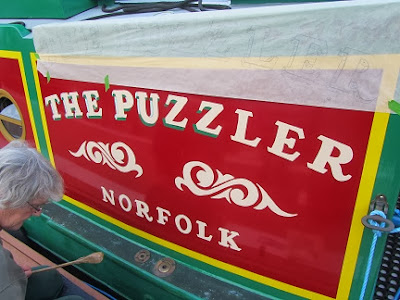 Back to the signwriting for the final shading! It is amazing how this brings the letters to life. The tracing above is to remind me where light and dark colours go, below each letter. 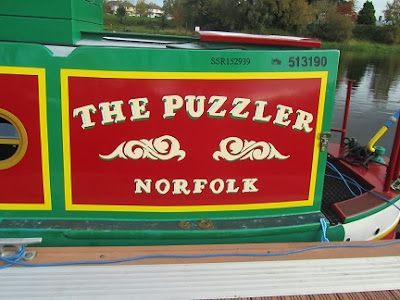 At last the signwriting is complete. 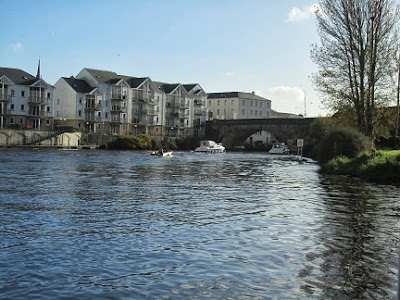 Two Carrickcraft hire boats went past quite fast in convoy, towards Enniskillen Bridge. This is the second pair within the week. Rumour has it that they are changing their base. 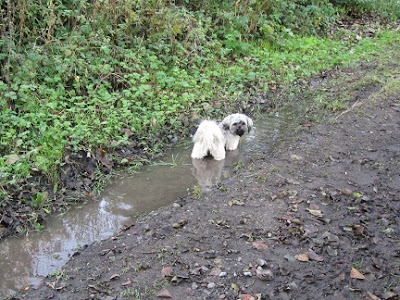 When we are moored at the Round "O", our best walk is through the woods and up to Portora Castle. Shannon never misses this puddle on the way! 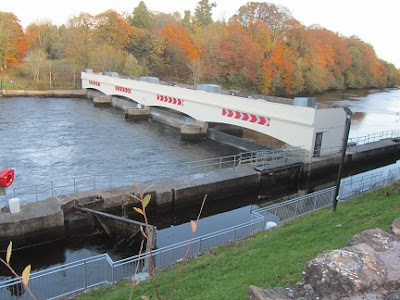 At last there are some autumn colours to be seen near Portora Lock. The lock is in use at present as the water levels in Upper Lough Erne are controlled by the sluices here, under Portora Bridge.
Posted by Andy and Sally at 07:08 No comments: