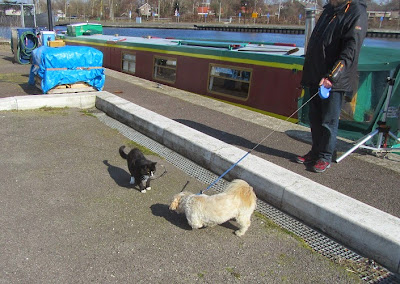 Shannon is making progress in her friendship with the cat. They co-exist happily. The last month has passed quickly, with games of bridge and plenty of walking with Shannon.
We have been storing our wood on the jetty beside The Puzzler, under our blue tarpaulin. 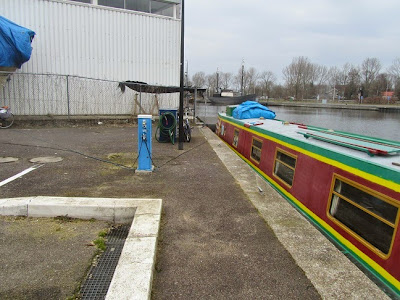 However, the boaters who used to be in our spot have come back from Spain, after four months away. Apparently it was organised that we would be moved by today, but no-one had told us! I said that we must put the wood on to The Puzzler before moving the boat, but the bossy "lady", from the other boat, said that we could move the wood on our bicycles! We said that we would be ready to move by the following morning. I then spent an extremely busy day moving wood, while Andy put all our batteries back in their correct place, and rebuilt the engine room. The batteries had been out so that the bilge could be painted, but had to go back to rebalance the boat. We have been living at an angle for a week or so. 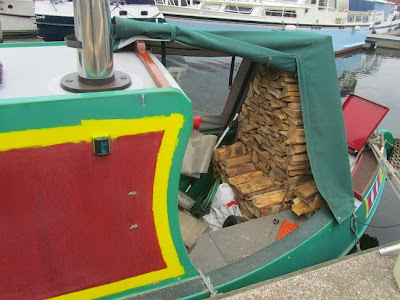 Two thirds of the wood is now on the roof, with all of the rest in the cratch.
We have been painting the yellow stripe, which is why it looks rather messy! 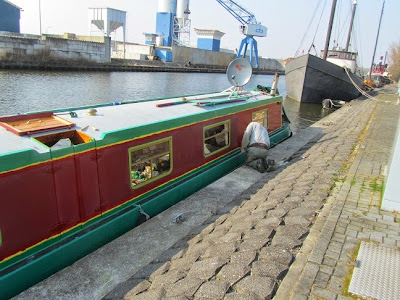 We are repainting the whole starboard side of The Puzzler, and move over to the other side of the harbour for this, as the jetty is lower there. 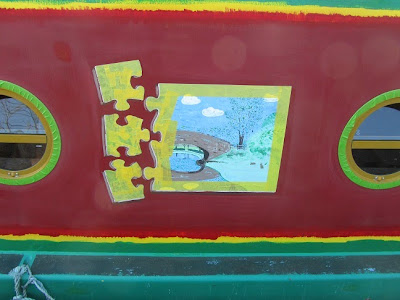 The puzzle picture was tricky to mask, ready for the red paint. 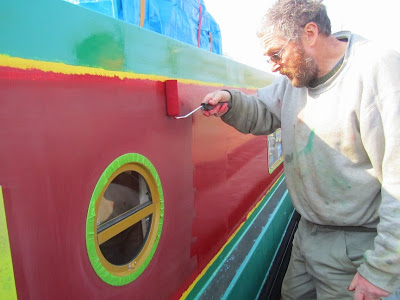 We apply the paint with a roller, before giving it a brush finish. It is now 11 years since this side was painted, so it has lasted well. 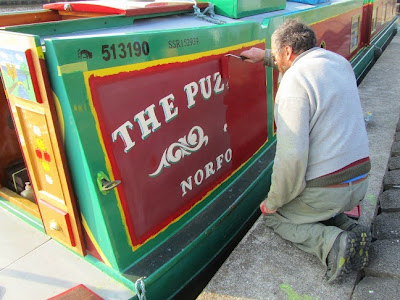 It hurts to see the signwriting disappearing, but it will be easy enough to redo it, in due course. 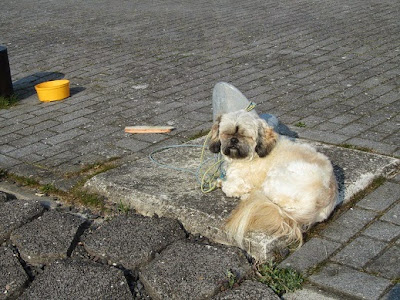 Shannon had to be tied out on the bank all day, while the red and green was painted. She found it very tiring! 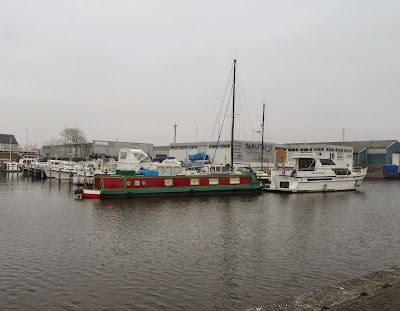 Our new mooring is on the end of the long jetty, inside the secure part of the harbour here at Recreatiehaven Schagen. It is a much quieter place, and we like it here. 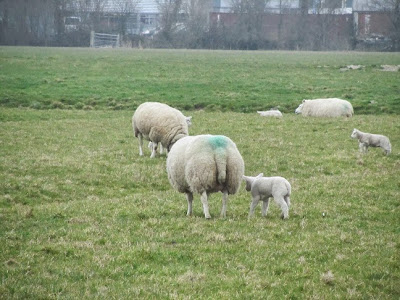 Here are the first lambs of the year. From the width of the ewe, we think that these are probably Texel sheep. 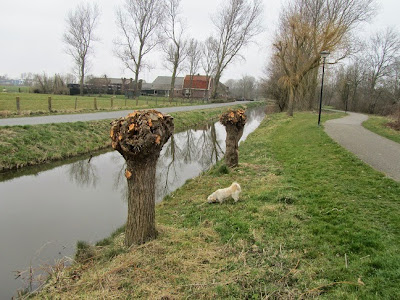 The Dutch keep their trees trimmed, but this is a really short trim!
Posted by Andy and Sally at 06:45 No comments: