January 2017. Snow, birds and ice on the port, followed by Bridge at the Château de Champlon. 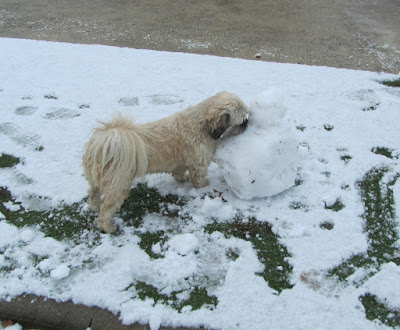 We had an inch of snow and managed to make a mini snowman, which fascinated Shannon. 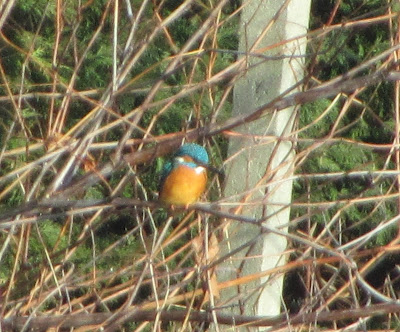 The kingfisher has returned, but he only stayed for one day. 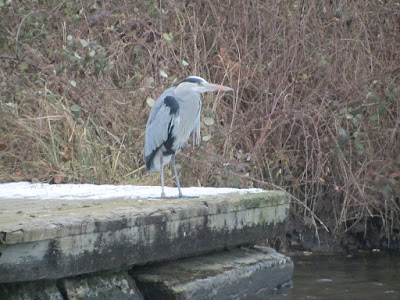 His place was taken by the heron, who stayed for a week! 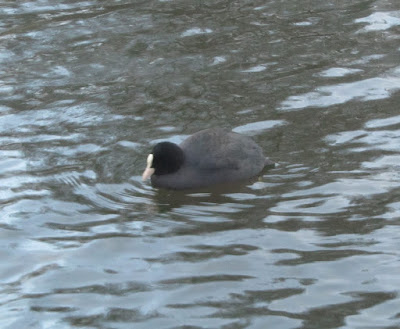 There are several coots living near to us, here in Roanne. They seem to like it here. 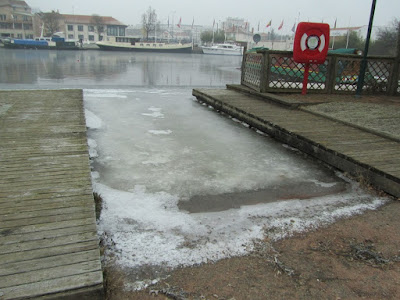 The ice by the slipway is now quite thick, as all movement of water in the port pushes it in here. 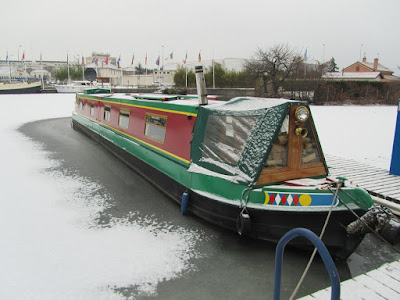 Ice now surrounds The Puzzler, and there is a light covering of snow too. 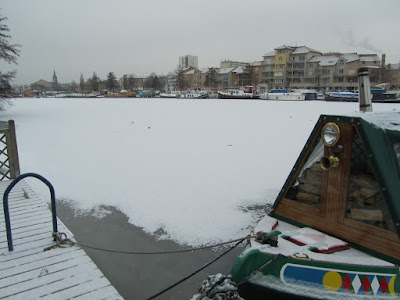 The covering of snow makes the port of Roanne look vast! 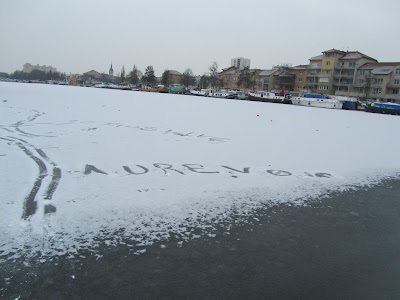 Some boys came on to the ice beside The Puzzler. They first wrote Bonjour in the snow, and then Aurevoir before they left, coming over to the boat to make sure that we had seen it! 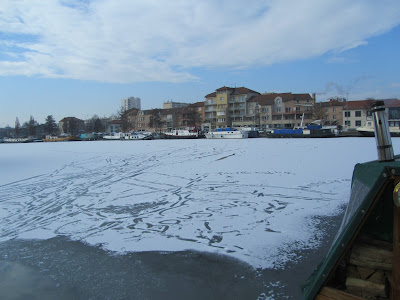 Later on, once dark had fallen, some young men went right out into the middle of the port on the ice. We were really worried when they started to jump up and down, but fortunately the ice held, and no-one fell through! 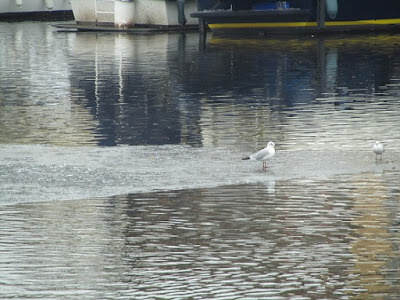 There were a lot of seagulls on the ice yesterday, but I think the rest of them are camera-shy today. There is not much ice left either. 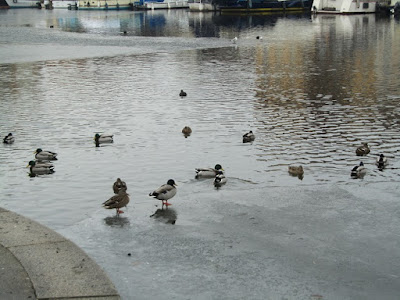 The ducks, however, are enjoying sitting on this frozen raft. 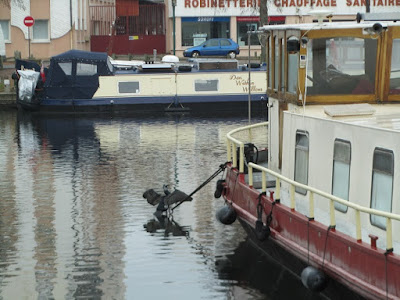 Meanwhile, this white-headed gannet is drying his wings, on Alouette's mooring buoy. 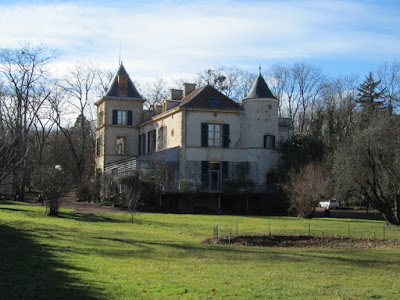 At the end of January we were off to the Château de Champlon again. We were here in December for the Bridge Club de Roannais Christmas dinner, when we had a splendid meal. 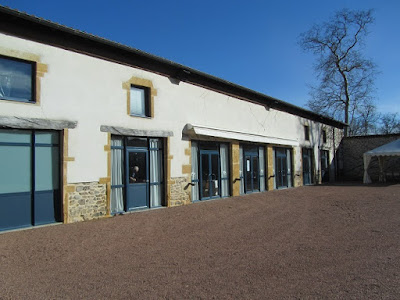 This time it was for an inter-club bridge competition, which was held in the same annex to the Château de Champlon. 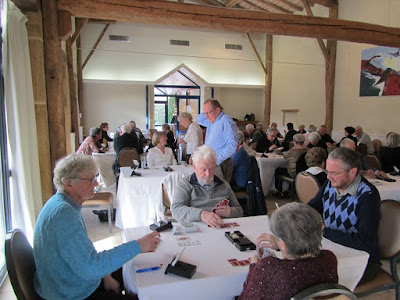 Sadly we did not win! 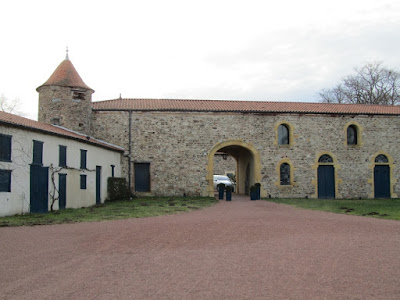 However we had a most enjoyable afternoon in this delightful setting. 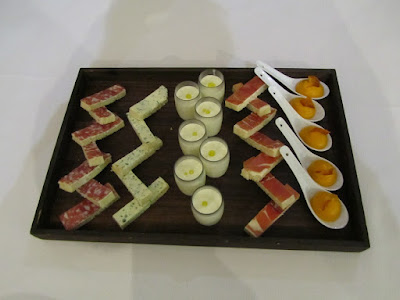 After the prize-giving, there was unlimited champagne and also delicious casse-croutes (nibbles).